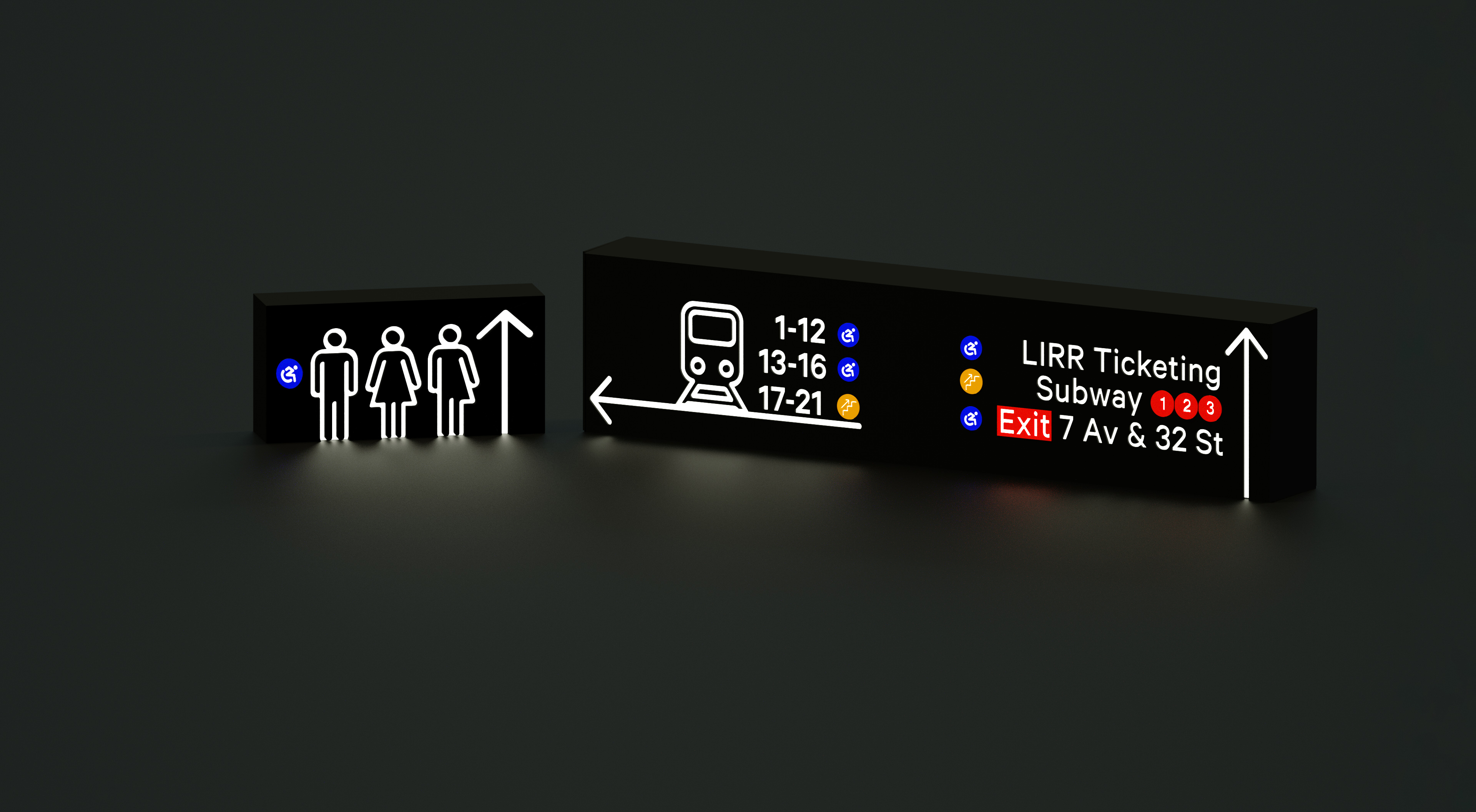 Penn 21 was a student project focusing on ethnographic research and problem framing. Myself and my teammate, Antonio Serna Rosellini, worked together to identify the biggest issues in New York's Penn Station and create a new visual identity for its graphics and signage to improve readibility, wayfinding and communication for non-native speakers.

We began our research process by visiting Penn Station and taking over 100 pictures of signage. We then broke down the issues we were perceiving and making callouts to point to recurring problems. Major issues included redundancy of information, conflicting information, poor visibility and inconsistent graphic and type standards. 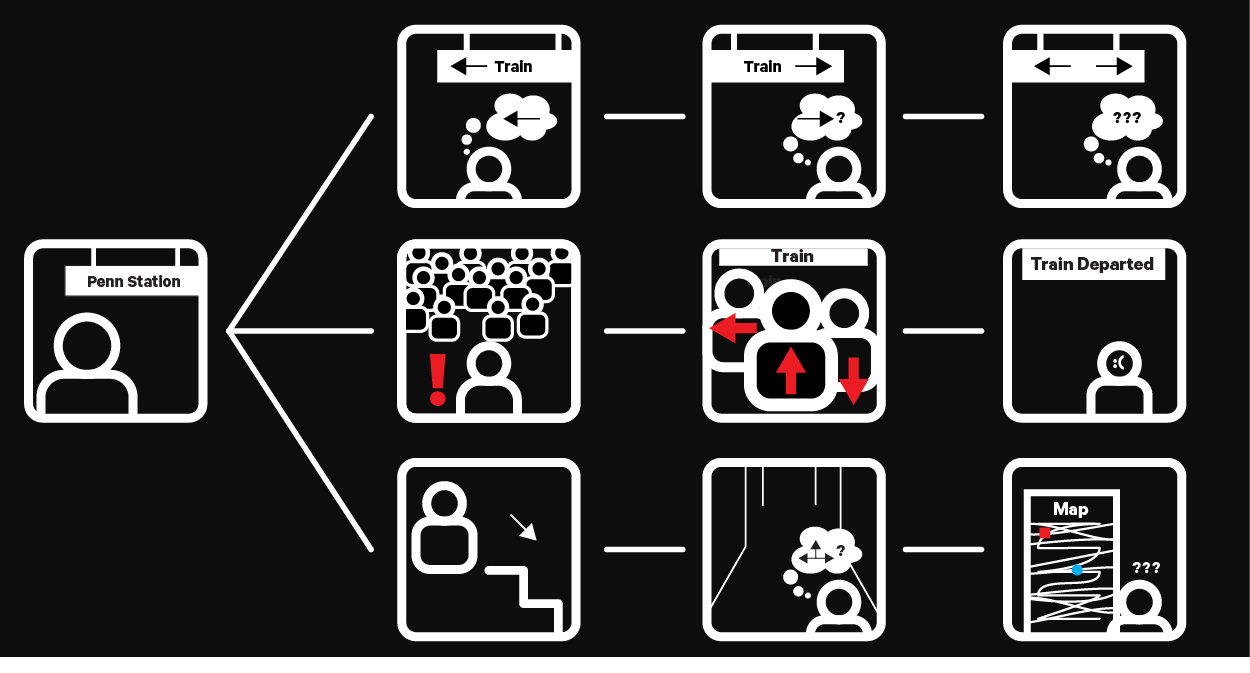 After doing on-site research at Penn Station, we identified three key issues with navigation in the station: confusing & conflicting signage, large, chaotic crowds, and a disorienting, labyrinthine layout. While we couldn't do much about the last two issues directly, examining them further gave us insights into opportunities for design to improve some of their root cause: poor wayfinding and signage placement.

One of the first steps I took was designing a new icon set for our new manual of standards and signage. Penn Station uses a number of nonstandard icons, many of which overlap in use, and my goal here was to adapt the ones that work, while designing new ones in line with international standards to fill the gaps.

We started the formal design process of signage looking at ideas of color coding, experiments with arrows and icon stroke weight, and typography size testing. We made a number of 1:2 and 1:1 scale prints to test readability, and made tweaks accordingly, leading to our final signage designs. 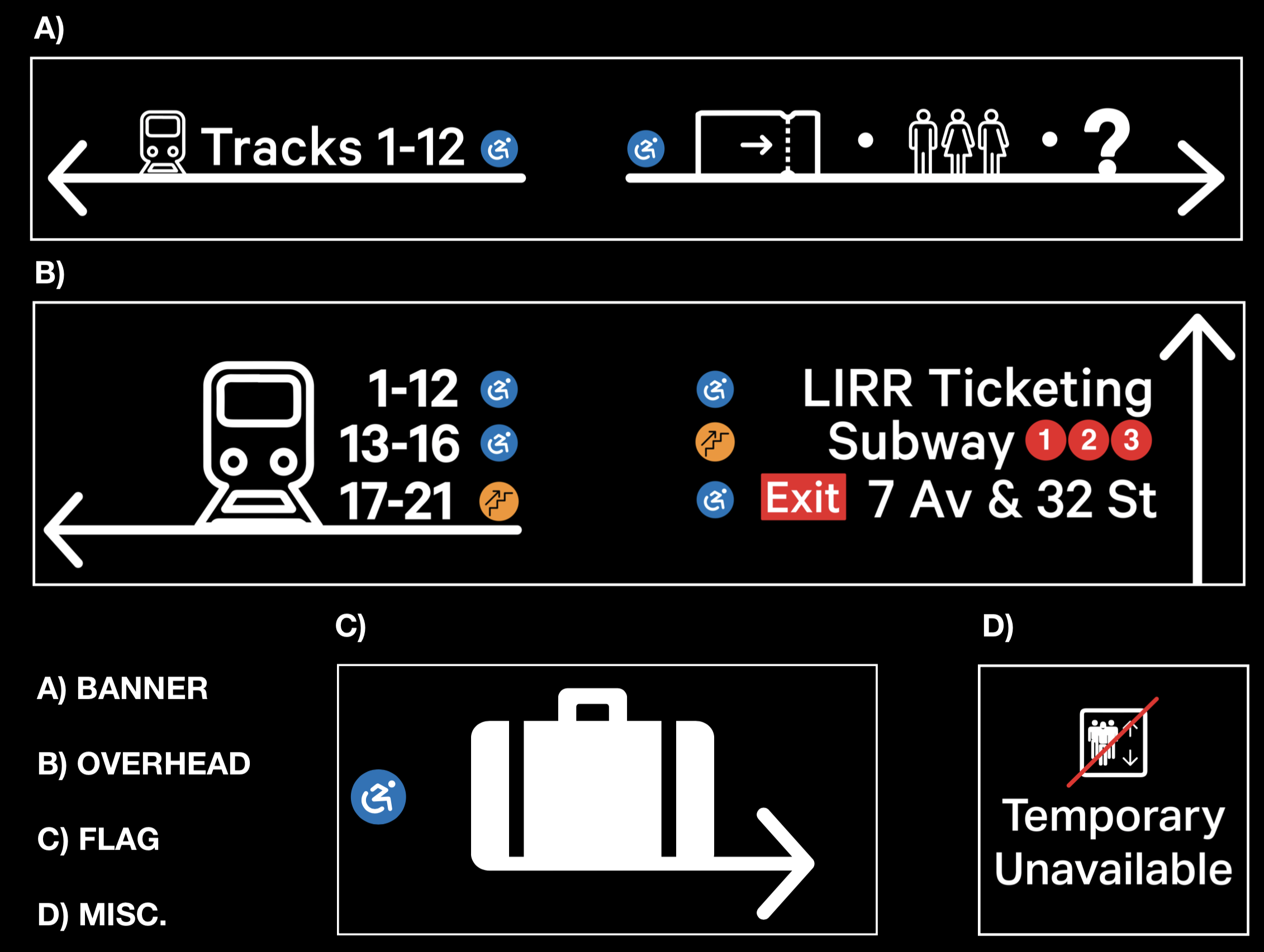 We finalized our sign iterations after focusing in on the role of arrows in delineating groups of text. We saw this as an opportunity to elegantly separate text without external elements like vertical lines. We additionally established standards for sign usage including icon-only flag type signs for use in directing to nearby station services like restrooms and baggage claim. 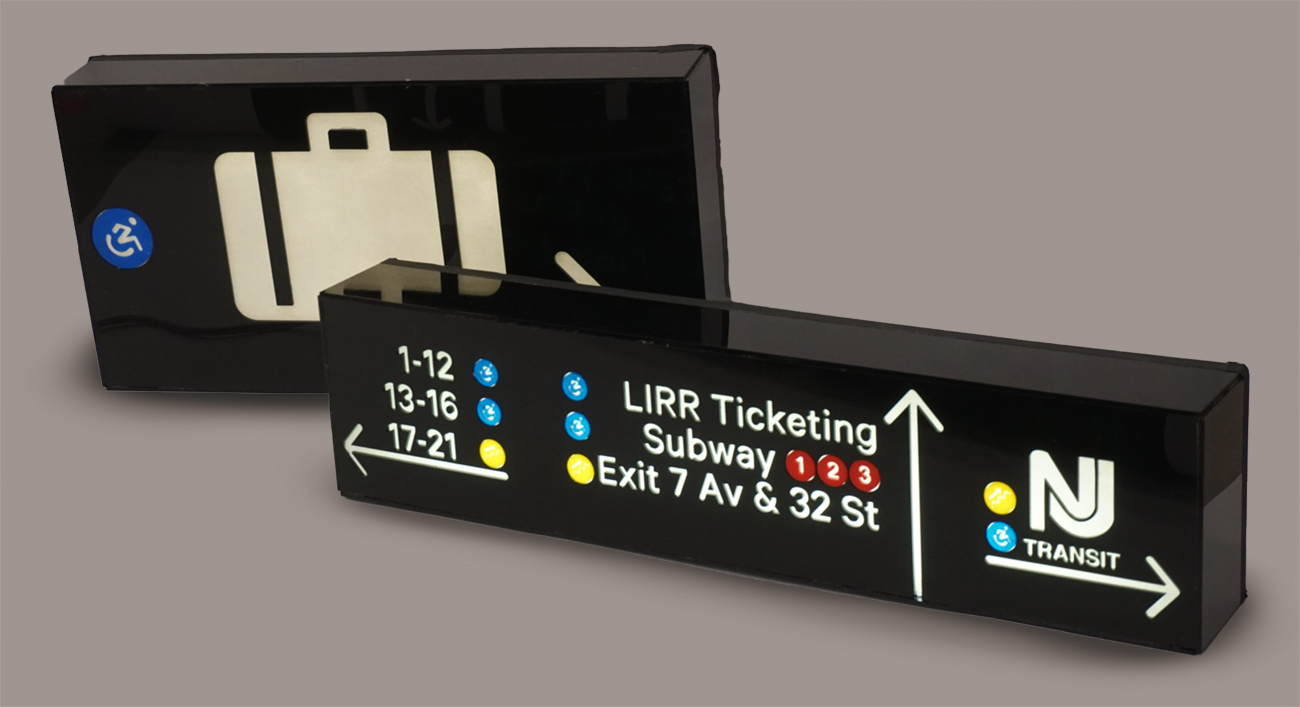 The last step in this process for me was to create scale models of the signs we intended to be backlit to demonstrate the improved readability we expected. I built these signs using laser cut acrylic with a paper backing and fluorescent lights mounted inside.