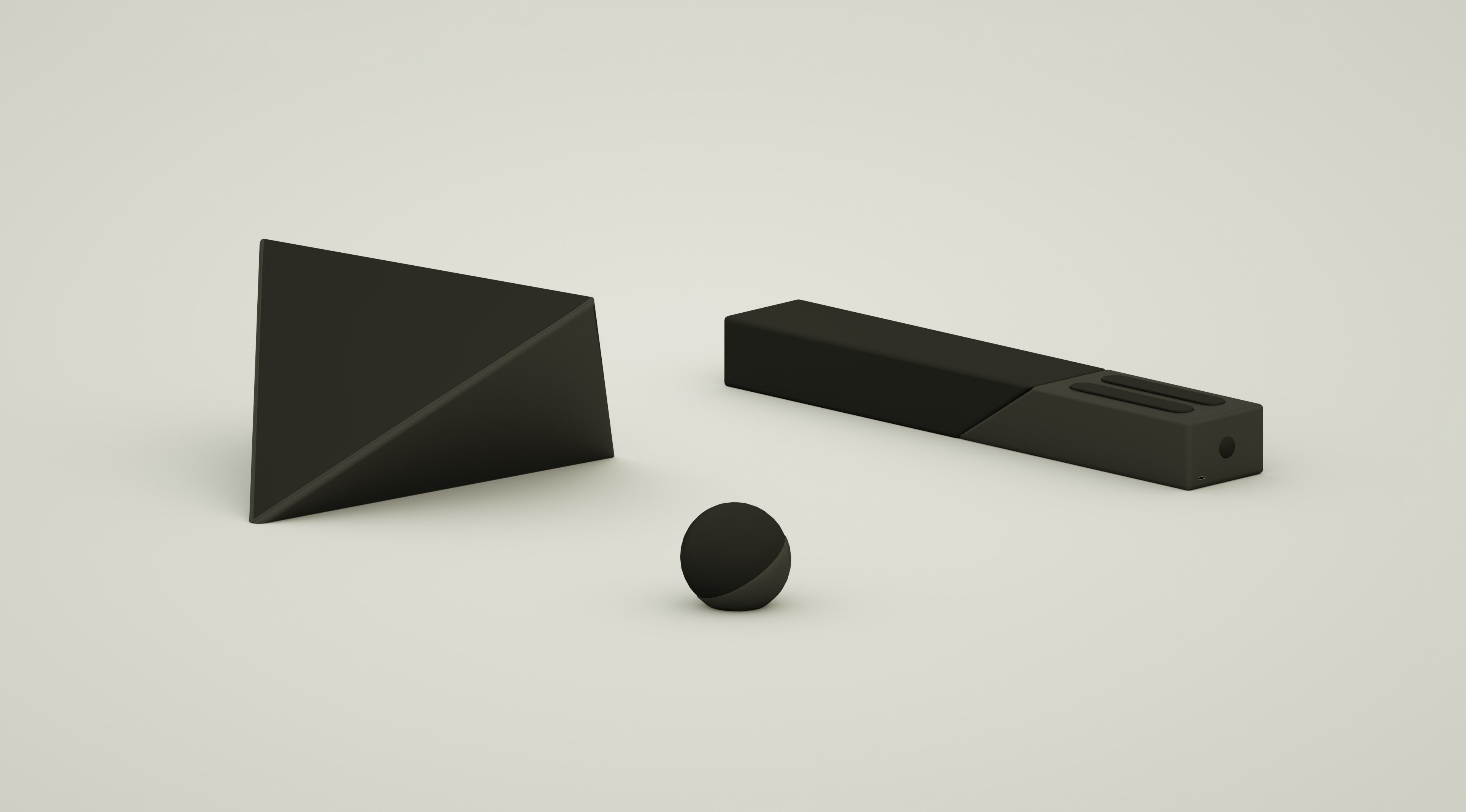 Gestura is a family of digital musical instruments for live performance, designed around the ideology of gesture leading to form. By analyzing the postures and gestures of classical musicians, I designed the three Gestura instruments to evoke a similar feeling of theatrics and technical skill as something like a violin or a flute.

To begin the ideation process, I began a practice of tracing the postures and gestures of traditional musicians, abstracting their instruments and inserting my own curves and volumes to see what sort of new forms were possible. 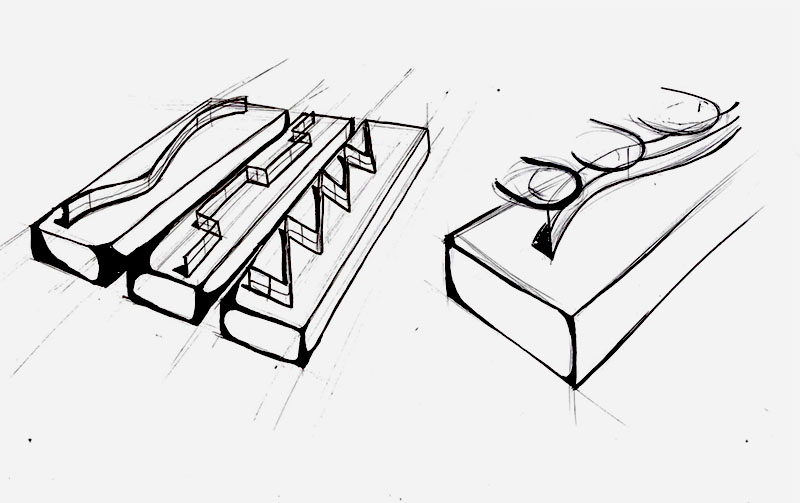 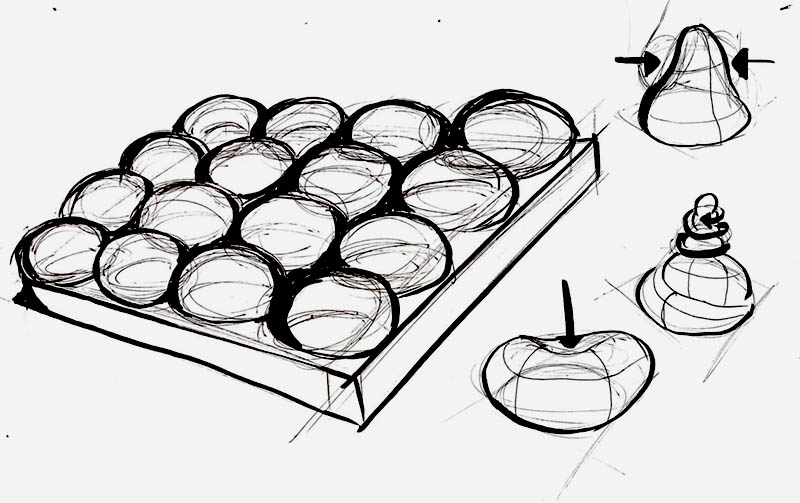 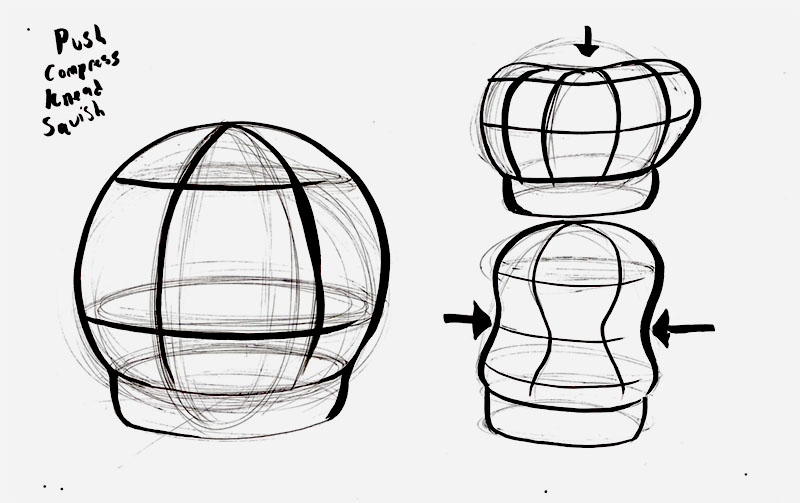 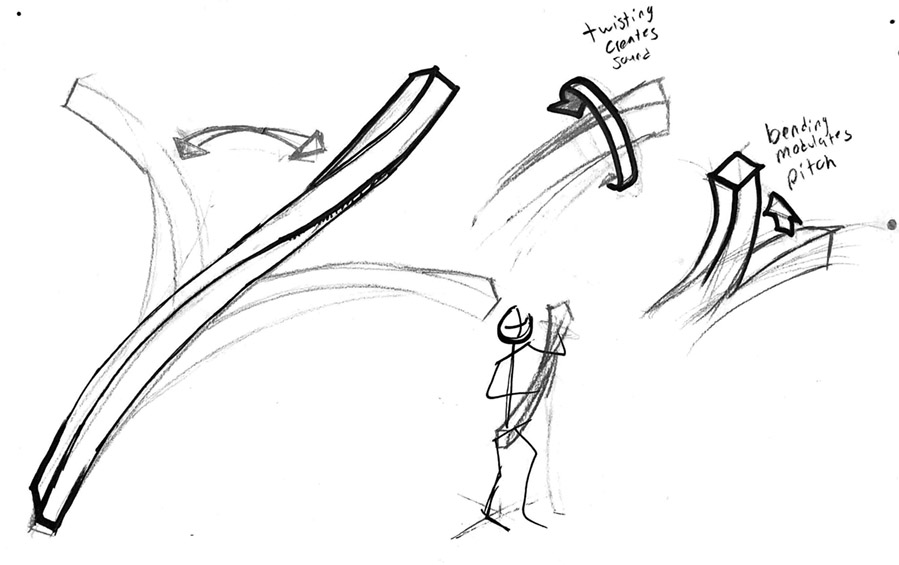 Working from the framework of gesture, I began to isolate specific movements and actions that were interesing to me either visually or as a pairing with a specific sound. I began sketching forms that complemented these gestures. 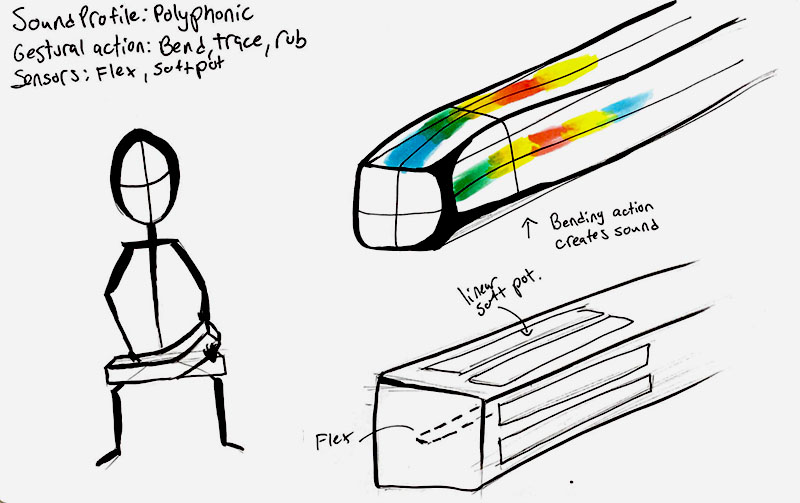 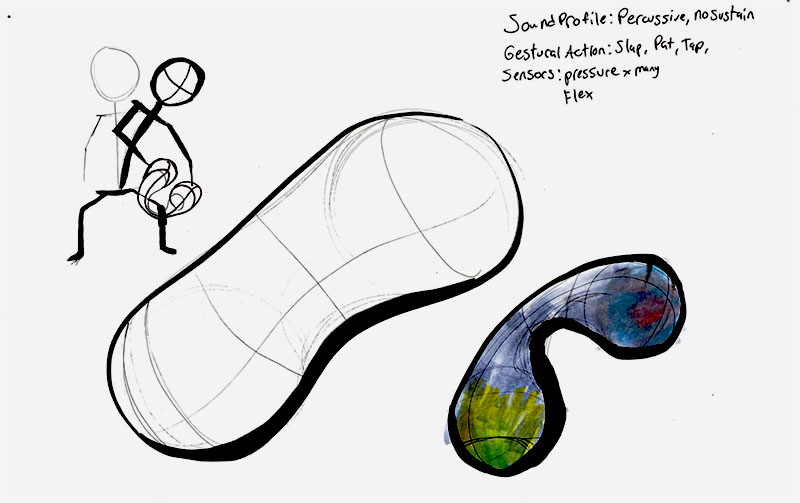 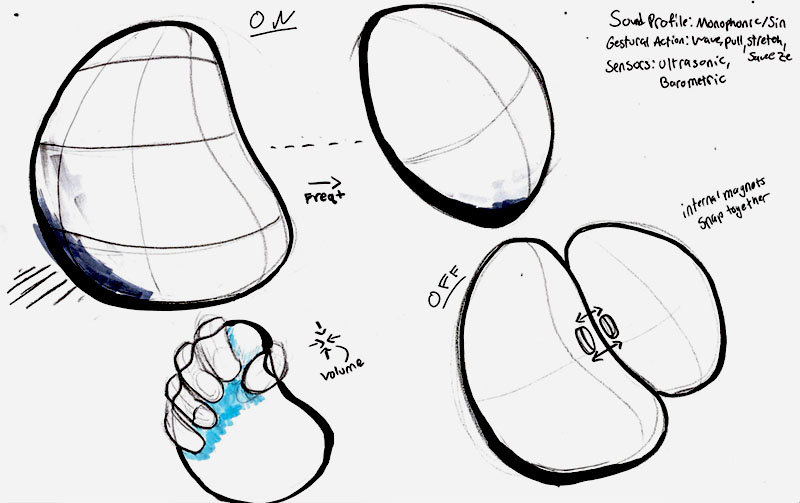 As testing with friends and peers revealed which postures were comfortable and evocative, and which forms were engaging and intuitive to interact with, the shapes as well as the sounds of the instruments began to take form.

Refining my concept with sketches and models, the instruments began to take form as a collection of simple, geometric volumes. I developed a shared angle to heighten their visual relationship while allowing for a split between two materials with different tactile properties: anodized aluminum and silicone. 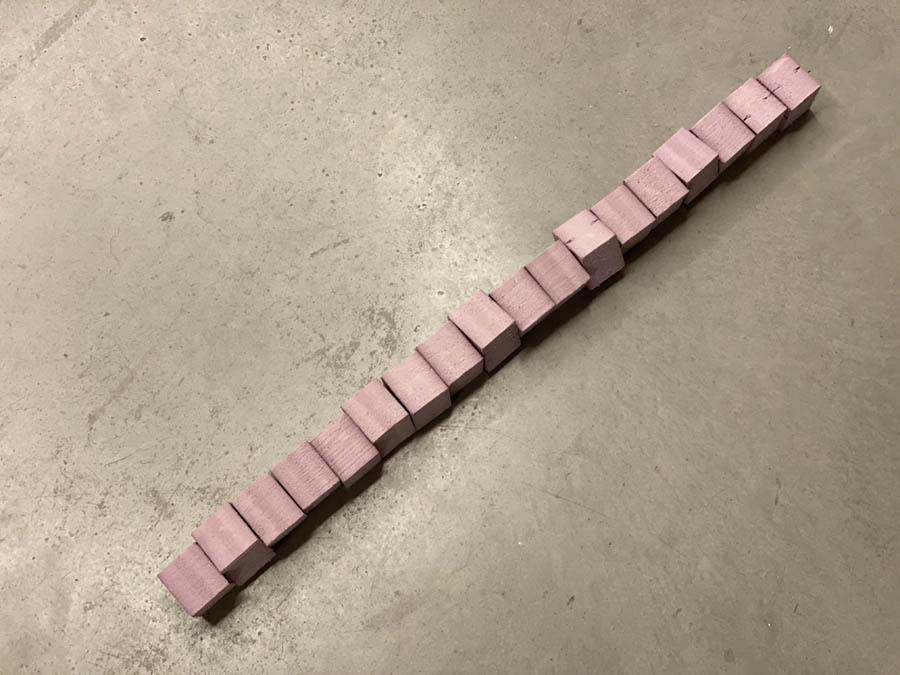 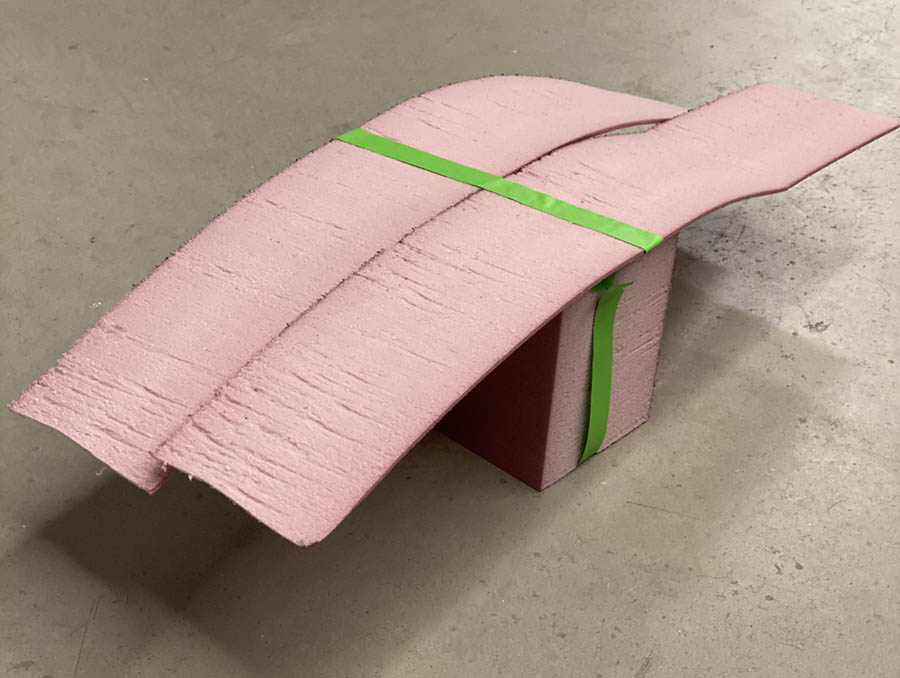 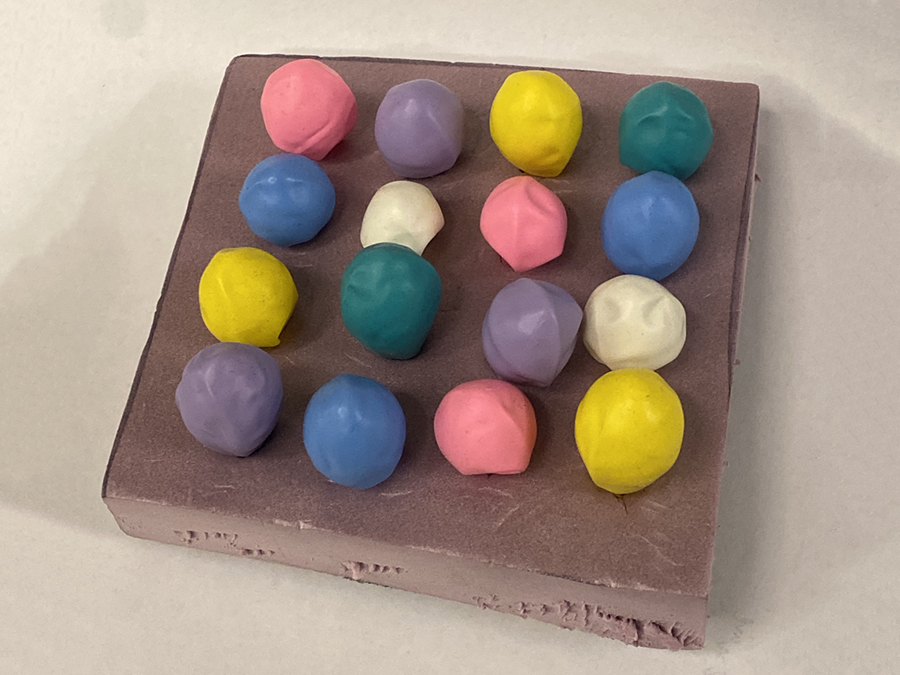 In tandem with conceptual sketching and gesture analysis, I created a number of abstract and low-fidelity foam and cardboard models to judge comfort, size restrictions, and whether the gestures used were intuitive without explicit instruction.

As I worked on the digital element of the project, I began to combine low-fidelity foam models with functional arduino sensors to create functional models which could combine the tactile and sonic elements of the project. 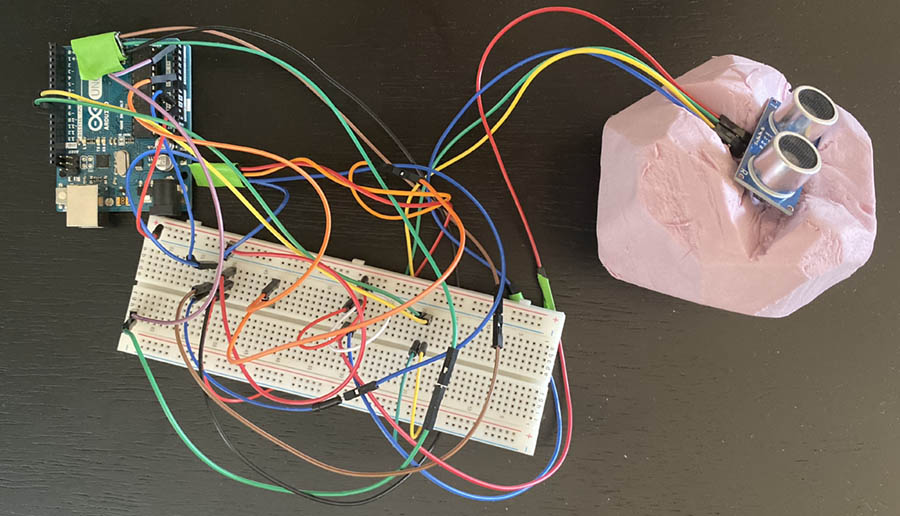 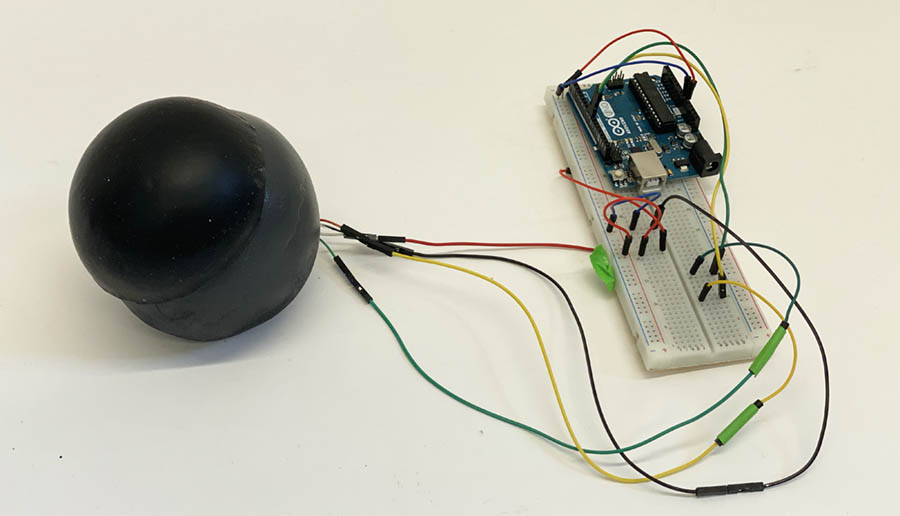 Creating working electronic prototypes added an extra layer of challenge to this project. I ended up working in Processing and Processing.Sound to interpret serial input from Arduino Uno boards inside of the instruments. All code is open-source and available on my Github. 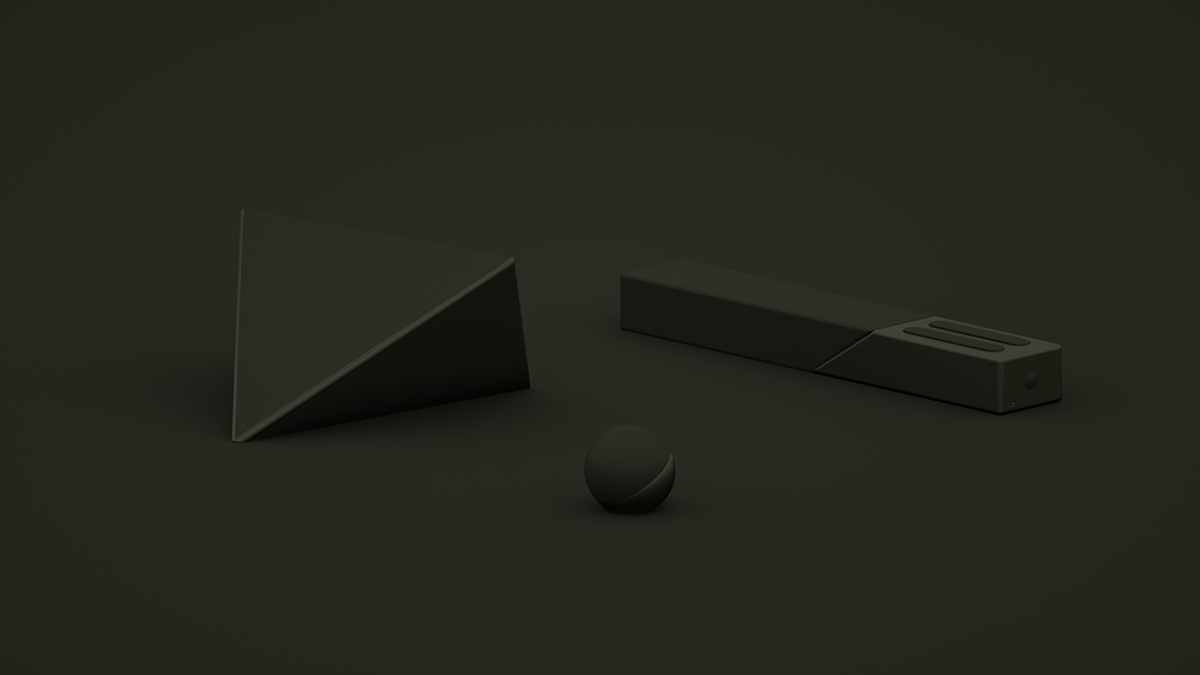 Gestura has proven to be one of my favorite projects I've worked on, and I plan to continue experimenting with the process behind it to create new and engaging mediums through which people can interact with sound via gesture and motion.